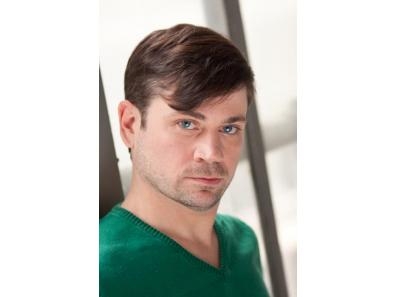 David Stallings migrated from the South (Georgia, Texas and New Mexico) to NYC and has been working consistently as a playwright and actor both in the city and regionally. The author of 15 full length plays and numerous shorts, David's plays have reached audiences across the US. Most recently, Barrier Island, his play about the 2008 Hurricane Ike that hit his home-town of Galveston, TX., received its regional debut at Acadiana Repertory Theatre in Lafayette Louisiana. His play about the Louisiana oil spill, Dark Water, won the New York Innovative Theater Award for Outstanding Full Length Script in 2014. His new play, The Baby Monitor was a 2014 Finalist for the National New Play Network. He has worked with many theater companies including The Culture Project, Intravenous Theatre, Prospect Theater Company, Boo-Arts and Oberon Theater Company as well as having had readings of his work across the country from Tulsa, Oklahoma to Boston, Massachusetts. In 2006, he co-founded Maieutic Theatre Works (now Manhattan Theatre Works) with his play, Folie a Deux: Insanity in Pairs as their inaugural production. Brandon Voss of HX Magazine called the play, “Riveting” and named Stallings as the “playwright and actor to watch”. Other plays include Anaϊs Nin Goes to Hell (1st Prize Winner Boston Theatre Works Unbound Festival 2007, Winner of the Arthur W. Stone New Play Award Louisiana Tech University 2009, Semi Finalist for the Princess Grace Award 2008), Arpeggio (produced Fall ‘07 at the 45th Street Theater, NYC), The Stranger to Kindness (Winner of Planet Connections Playwriting Award Short Form and Best Production of a One Act Play for the 2011 production at The Robert Moss Theater), The Family Shakespeare (produced Spring 2011 at the June Havoc Theater, NYC), and Dark Water (produced in the Spring of 2014 at the 1Theater at the 4th Street Y in NYC--winner NYIT Award 2014--Outstanding Full Length Script--nominated for the NYIT Awards for Best Production of a New Play). On MTWorks’ 2008 NYC Fringe production of Anaïs Nin Goes to Hell, the Village Voice said, “Thank the gods for David Stallings’ ‘Anaïs Nin Goes to Hell’… a uniquely polished presence at the Fringe”, and The New York Press said, “For a play about women but written by a man, it captured the greater female psyche.” David has a BFA in Theater from the College of Santa Fe, NM. He is also a member of the Dramatists Guild.